If you followed my old blog, you'll remember I used to do a homeschool week in review. I've missed it and I want to start doing it again! It's week 35 of our homeschool year so we'll just have to begin here.

Monday was great. Why? We were ALL CAUGHT UP!! Having a baby during the school year is not something I'd recommend. We took a lot of time off or did very little work during school. It got overwhelming at one point when I saw how far behind we were. So I stopped the extra subjects and focused on math and language arts. The children worked hard and now we're able to bring back the fun subjects. We worked on Liam's science unit (on the floor, because I began rearranging the school room over the weekend and our table is still a mess), which the older kids are adamant about participating in. We studied seeds, trees, leaves, and flowers. I had planned to do this unit weeks ago, but never did. Fortunately, I had already borrowed the books we needed before the library shut down. 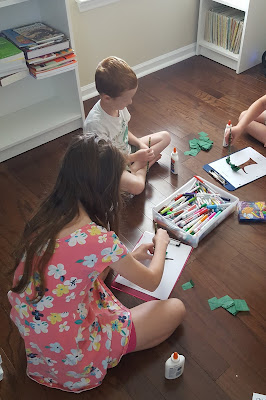 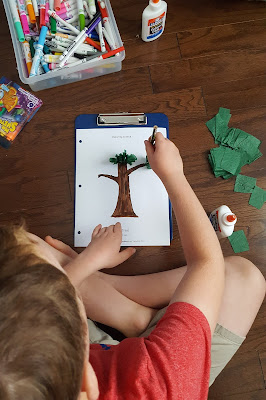 On Tuesday, our Amazon packages finally arrived! As the children are currently watching Little House on the Prairie, they've asked questions about McGuffey Readers. I ordered books one and two. Liam got right to work when they got here. Book one is very easy for him, as he's already a reader, but it didn't stop him from opening it up and doing the reading lessons anyway. I've got another little one that will be using them in a few short years so I'm sure it will be money well spent.

Bridget's violin also arrived. We purchased an inexpensive but highly rated violin for her to see if it is something she's interested in learning to play. She really wanted a harp but those aren't cheap so the violin was her second choice. I have no experience with violins and had never so much as held one before it arrived. However, I was able to add the bridge, tune it, rosin the bow, and get it in full working order before handing it over. I purchased a violin book to go along with it and we've both been studying the lessons. Fortunately, Bridget can already read music and understands rhythm well. We're having to learn the symbols for "bow up" and "bow down" and things specific to the violin, but we're doing it. 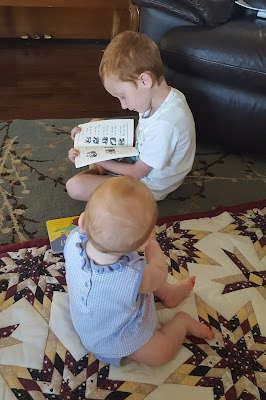 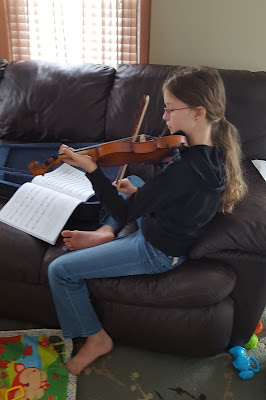 Liam is wishing now that he had a violin. I asked him what special instrument he wanted to play and he said he was happy with only playing the piano, but he also wanted to play the trumpet like Daddy. We got him a trio kids music kit of clarinet, trumpet and saxophone that he's played with all week, but they're still not real instruments. He's been asking permission to play on Bridget's violin, even though it's too big for him. I'm considering getting him one, along with one for myself so I can teach better. Bridget's violin is too small for me, and very uncomfortable to use when I'm demonstrating something to her.

On Wednesday, George's guitar arrived. He really wanted a rock guitar but I'm making him learn on an acoustic one. He loves it and I'm finding it much easier to teach than the violin. I honestly never thought I'd be a music teacher along with being a homeschool mom. 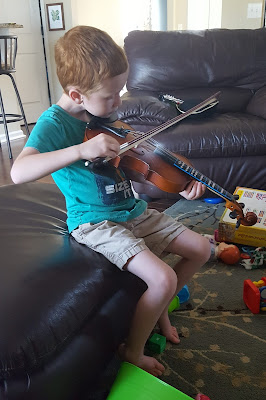 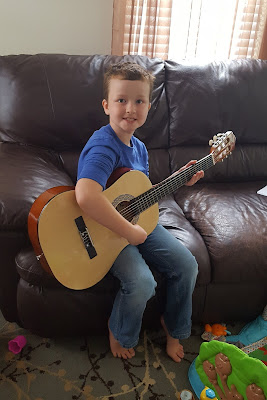 Also on Wednesday, we got out of the house for the first time as a family since March 13th! I wanted to take the kids on a short nature hike since we had been studying trees. We went to a park we were already familiar with and the kids let loose. I enjoyed watching their excitement of being out of the house and back in nature. We saw lots of water birds, turtles, and a couple of caterpillars on the path. 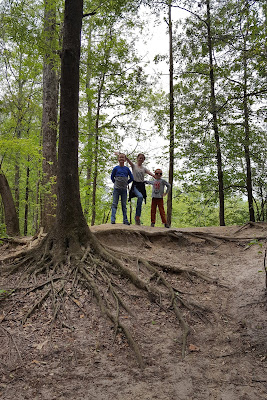 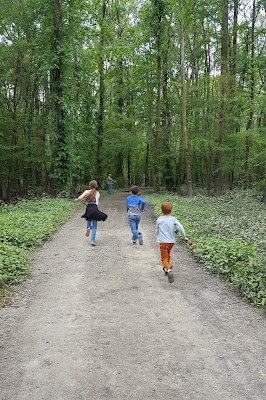 The trail goes along a lake and then crosses over to a swamp. I find this landscape fascinating. I do wonder how old those water tupelo trees are. Some of them were huge! 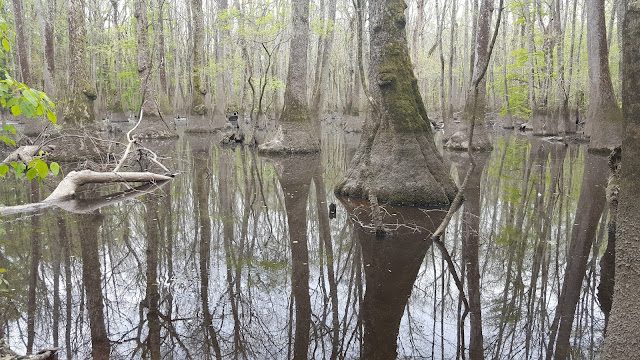 This morning, we went strawberry picking! I'm still leery about going out so we went first thing in the morning. We shared the field with only two other families, though by the time we left more were arriving. Juliette got her first taste of strawberries while we were there. She has no teeth yet so she just gums on it and sucks the juice. She had three of them before it was time to go, though I know she wasn't ready to be done. 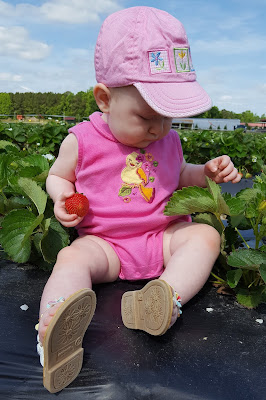 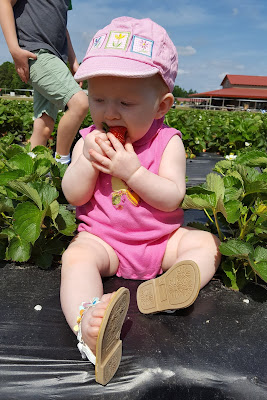 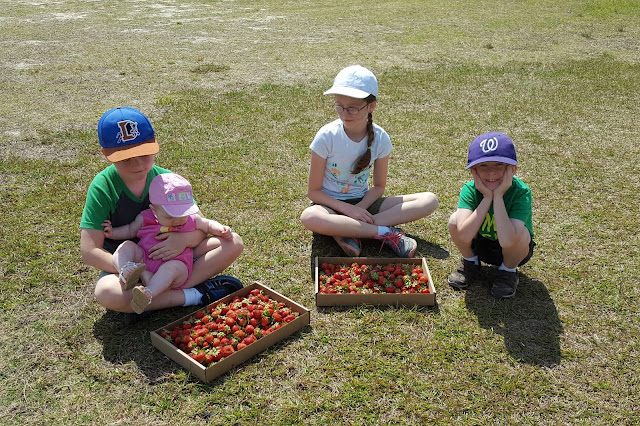 Well, that was our week! We don't have anything special planned for next week as this pandemic makes planning anything quite difficult. I'm hoping for another field trip, but we'll have to see.