When He Dreams Big

After the birth of our first child, my husband abruptly quit his job. It was no huge surprise, as he had been vocal about his dissatisfaction in his current profession. We made many sacrifices in the years following so that he could go back to school and obtain a degree in something he was more interested in pursuing (his first degree had been rushed and chosen because of its ease and not its practicality). Two and a half years (and another child) later, he graduated with his master's degree, began his new career, and within 6 months we paid off his student loan debt.


Fast forward seven years and he's at another crossroad. He's had a dream ever since he graduated, and has worked continuously for the same company in the hopes of fulfilling that dream. Recently, a couple of offers were made to him, one within his company, and the other not. After consulting with me on both offers, we are heavily leaning toward one of them, but are waiting on the other party to make it happen.


As the homemaker, these upcoming changes in my husbands career will mean another period of sacrifices and careful budgeting, regardless of which path is chosen. My husband has made it possible for me to fulfill my dream of being a homemaker, and it is my duty to support him in pursuing his dream that will hopefully guide us toward a bright future for our family. 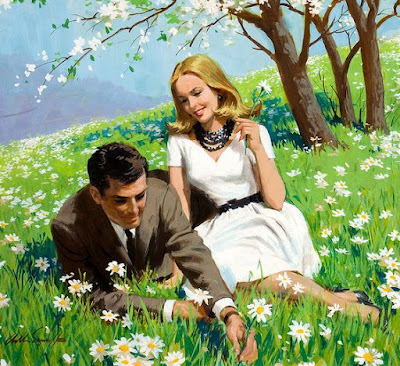 It's not easy. When he dreams big, it is important to pray over any upcoming decisions and to have an open and honest dialog with one another. Allow him to express his worries and concerns, and remember to express yours as well. Encourage him when he begins to over-worry. Offer help in areas that you can to assist him in his decision making (even if it means poring over policies and legal documents within his field to reassure his understanding of them). Remind him that it will be okay, that the family will not suffer, and that the end goal will be worth the risk. Most importantly, stand by him as he makes his final decision, even if it may differ from what you hoped for.

Email ThisBlogThis!Share to TwitterShare to FacebookShare to Pinterest
Labels: marriage