The children were eager to get started with school on their second day. We began by reading the story of creation found in Genesis 1-2:7. 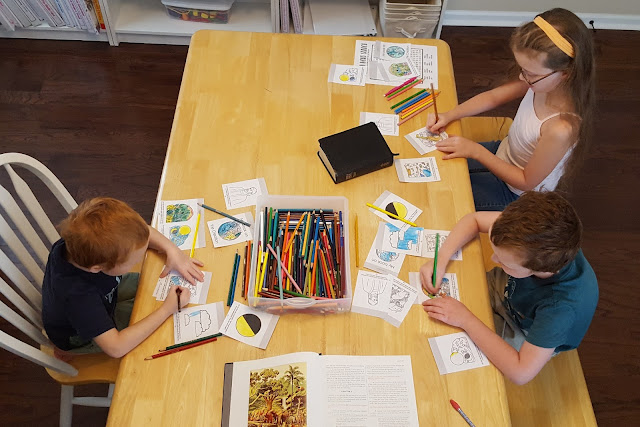 As I read, the children colored the pages to their little Book of Creation that I found here. I thought the books turned out well, and I found my stapler just in time to staple them together when they were done! 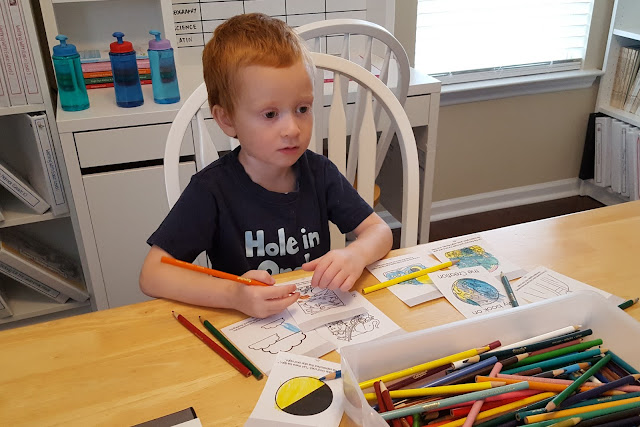 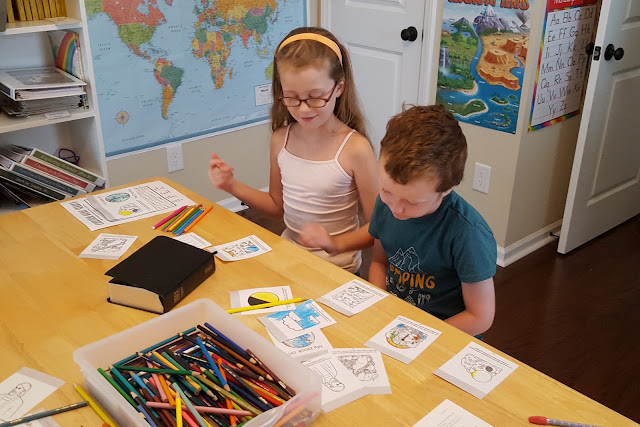 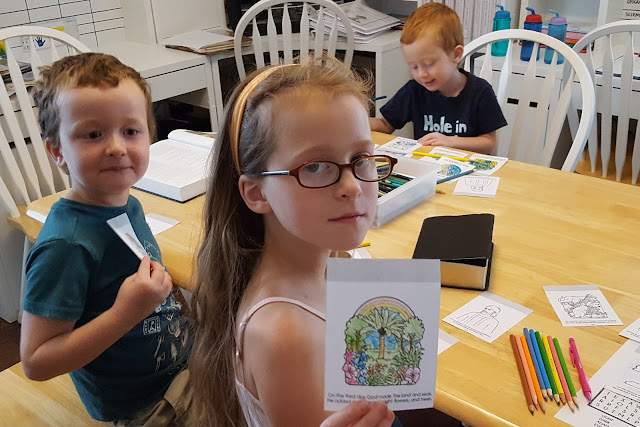 The creation story was not only our scripture reading, but also our history lesson for the day. After this the older two did their math and language arts again, while my youngest continued to color. When he got done, he wanted to go ahead and do his math lesson too. We ended up doing seven of them, and I think I may need to consider getting him started on the kindergarten Math-U-See curriculum very soon.

Once all that was done, it was time for lunch. One of the most often asked questions I get from people who find out we're vegan is about what we eat, which results in a lot of food pictures being posted on social media. For today's lunch, we all had Gardein Mandarin Orange Crispy Chik'n, brown rice, green beans, and mandarin oranges. 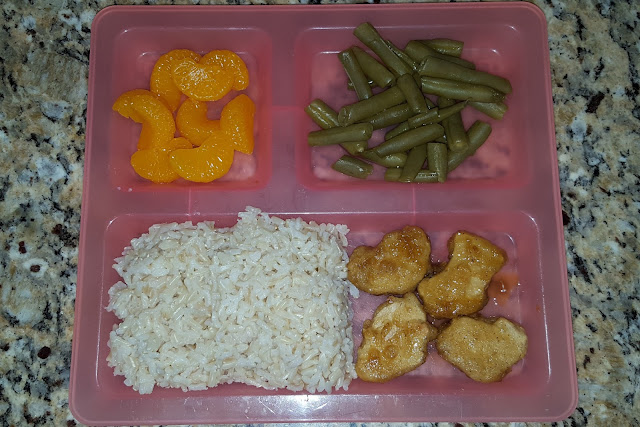 After lunch, we all worked on geography, which I've decided to include all in one post at the end of the week. Then it was time for Afternoon Tea! We were all really excited to do this again. I made scones while the children relaxed after lunch. I had never made them before but they turned out amazing! 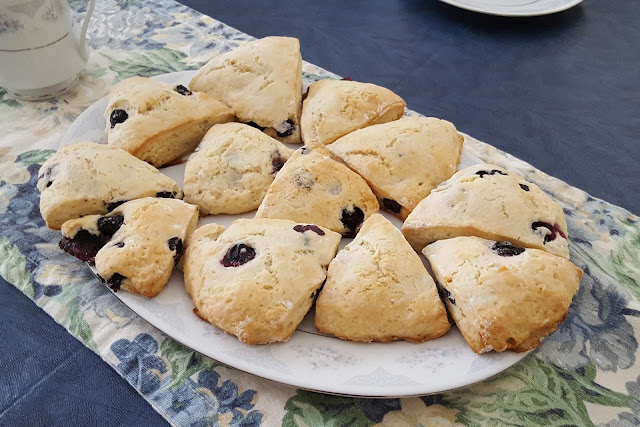 We had wild blueberry herbal tea to complement the scones. Along with the scones and tea, I also made more cucumber sandwiches. To make these, I used vegan cream cheese, mixed in some fresh chives and dried dill, and spread it on seeded rye bread, then added thinly sliced cucumbers. 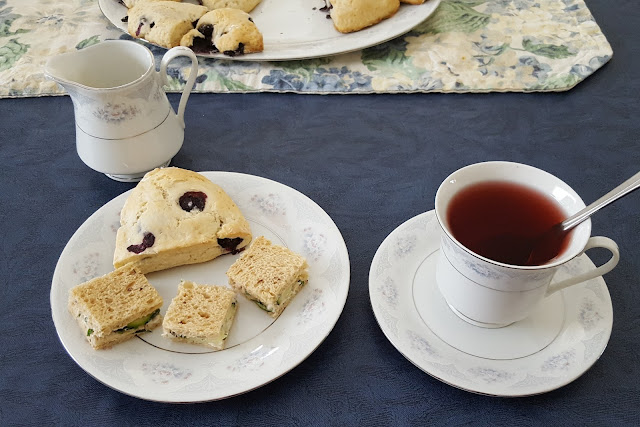 I purposely did not make the youngest a peanut butter and banana sandwich in the hope that he'd give the cucumber sandwiches a try, which he did! He loved them and now all three children go crazy over them. They each also tried the scones which we poured a coconut flavored icing over. So delicious! 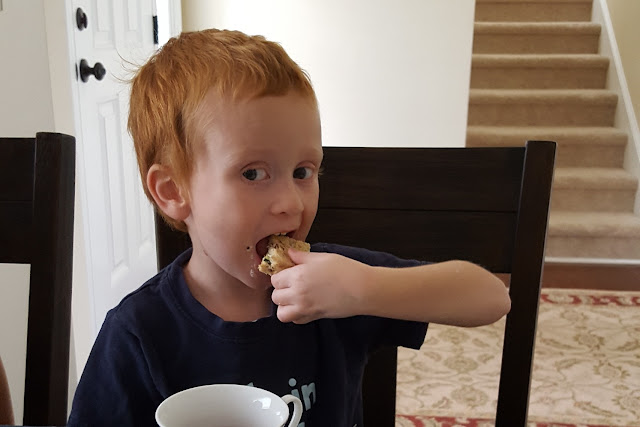